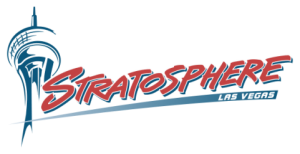 TSI proudly designed and performed a complete surveillance and security room remodel at The Stratosphere Hotel & Casino on the Las Vegas strip in Nevada (an American Casino & Entertainment Property). We replaced the Stratosphere’s legacy system of VCR recording with a brand new Digital Recording Solution that is responsible for recording over 1,500 cameras. The Stratosphere’s newly installed hybrid solution integrates a Pelco 9700 matrix switch to convert analog video streams into h.264 digital video, giving the Stratosphere the most cutting-edge and reliable surveillance department on the world famous Las Vegas Strip. Room tours are made available to casino surveillance and other top security professionals by contacting your local TSI representative. 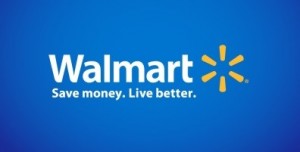 TSI was selected to be Wal-Mart’s trusted integrator for the complete installation of an Access Control (e-Data) system for both their Hanford and Las Vegas distribution centers. TSI also maintained their systems when needed, providing prompt and reliable service, as well as performing maintenance and repair needs for both facilities.

TSI had the privilege of performing Phase I of the recent Red Hawk Casino surveillance system renovation. This project upgrade replaced their previous 4-year old system with a new Genetec VMS platform solution, consisting of an open architecture design. This new set up included removing the existing analog matrix and upgrading them to a complete virtual matrix consisting of nearly 1500 channels. It has been a pleasure working with the Red Hawk Casino staff and we look forward to continuing our relationship with them.

TSI’s tradition of expansion throughout the US casino surveillance market continued in 2010 when we entered into a partnership with the 4 Bears Casino in North Dakota. 4 Bears converted their legacy system of VCRs into a brand new, 350 channel hybrid digital recording solution, optimizing both pre-existing analog cameras and 85 brand new HD IP cameras. Having visited all 5 casino surveillance departments in North Dakota, we are delighted to say that TSI is responsible for installing the newest and most cutting edge surveillance network in the state of North Dakota.

NEW! For the new year, 2014, TSI has been chosen to revamp 4 Bears Casino’s old VMS surveillance system with a new Genetec VMS system. TSI was awarded this project due to the long lasting relationship we have shared with 4 Bears.  We are replacing all of the servers and encoders to allow for the new Genetec system.  This new system will be comprised of both analog and 1080HD IP cameras, which will also tie into their POS system and access control.  TSI is happy to continue this relationship with 4 Bears and values them as a loyal TSI customer.

TSI provided Santa Ana Star Casino with a complete DSX access control system upgrade, along with upgrading their servers with LE-5 software from DSX. We also replaced their DSX card readers for 54 doors.

This longtime TSI customer needed a complete system revamp, so TSI designed and installed a new surveillance system, including re-models of their surveillance and equipment rooms, and an upgrade hybrid system to Genetec for 224 channels.

TSI had the privilege of installing a 500 channel Dallmeier system and Axis High Definition IP cameras at Casino Pauma. We expanded LAN infrastructure to connect IP Cameras, and provided all equipment racks, power strips, and other hardware necessary for the system install. We also provided re-cable and full restoration to all cameras affected during the casino remodel project. Point-of-sale (POS) interface and Emcore operator consoles were also integrated into this system.

This system will be combined with the new Pueblo of Sandia Administration building (10 additional cameras) which is currently starting construction. This will take place after a new fiber optic system has been installed in about 6 – 12 months.

"TSI went above and beyond to meet our strict requirements. Lake of the Torches Casino & Resort is completely satisfied with our selection of TSI and we are appreciative of all the hard work of their Midwest Regional Manager, Mike Yingling.”

“During a surveillance system change or conversion, hiccups within the process are to be expected. Overall, our project was one of the smoother system transitions I have been through. TSI very quickly offered support anytime we ran into an issue.”

“The reason we went with TSI is their commitment to customer service. TSI Midwest Regional Manager, Mike Yingling was instrumental in assisting us in every phase of our project. Mike’s extensive knowledge and expertise in surveillance products and systems made it easy for us to select TSI. The professionalism and the straight forward approach of doing business was refreshing and gratifying."

“I would rate TSI’s customer service as excellent. Whenever we had a problem, TSI was quick to respond and handle the issue, whether by remoting in, or sending staff directly. Everyone is courteous and professional; even when difficulties and unforeseen issues arise.”

"The staff is personable and knowledgeable. They care about the work they are doing. It's not about making a profit and moving on, it's about developing a working relationship that will last. As a casino with complex needs, we appreciate that dedication."

"TSI not only performed the works detailed in the contract, they assisted in any way they could. As a representative of the Pauma Gaming Commission, I can say that we are beyond pleased with the product provided by TSI and look forward to a continued business relationship as well as providing any recommendation that we can."

"TSI has always been there for us and guided us every step of the way when it comes to cameras, panic alarms, programming, and even mantrap doors.  This company always helps out on getting you the right answers and to help you out through any problems."

"What they say is what they do! No hidden costs or unexpected change orders. As our resort property grows into the future, I look forward to my continuing relationship with the TSI team."

"I have found all involved with this company to be above reproach in their professional relationships. No mean feat in the Las Vegas business environment."

"The installation team fully met the requirements of the project and performed a job that is above satisfactory in my opinion. Sam Mance, the Project Manager, kept our team informed of the status of the job and continually provided any information that we requested."

"Also, when ordering supplies, they’re there to get you the right parts for the right price.  When you get yourself in trouble, they’re always willing to help and guide you the right way.  So I do recommend TSI as your ‘go to’ company because they have always gone that extra mile to help us out."

"Having done business with TSI since the inception of the company, when they say ‘A customer is a customer for life’ it’s the truth. In a highly competitive marketplace, TSI has always maintained their integrity." 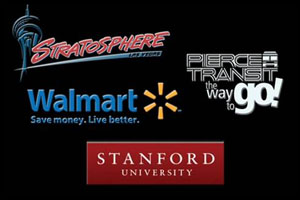